The only comprehensive rape and sexual assault referral centre in Lagos, the Mirabel Centre, is facing the potential of its doors closing next year, as project funding from DFID comes to an end. Today, Dec. 8, the Centre will hold a “Friends of Mirabel” Dinner in Victoria Island, Lagos, as it fights to survive… so it can continue to offer counseling, treatment… and hope… to survivors of rape and sexual assault in Nigeria.

On December 6, a newspaper carried the story of a 16-year-old girl who had been gang raped to a coma by four secondary school students in Ebonyi State. A community search party found her two days later where she had been dumped in a bush. The four boys disappeared. The story ends with the girl’s father appealing to the court, human rights organizations and the government to intervene in the matter. The girl had sustained serious internal injuries and it was not clear if she would survive.

It is also not clear if her attackers will be brought to justice, but given Nigeria’s track record, it is unfortunately highly unlikely.  Nigeria has recorded only 18 rape convictions in its legal history.

The Nigerian Senate in May 2015 passed the Sexual Offences Bill which sentences anyone found guilty of rape or gang rape to life imprisonment, with incest and child pornography carrying 10 year sentences. Despite these stiff penalties, rape and sexual assault are so stigmatized in our society that many survivors simply do not bring themselves to report cases to authorities.

The disruptive nature of rape and sexual assault means that both medical treatment and psychosocial counseling are critical for survivors. There are very  few organisations around the country which support and advocate for survivors, including the Project Alert on Violence Against Women, Stop Rape Now Org, and the Domestic Violence and Abuse Resource Centre.

The Mirabel Rape and Sexual Assault Referral Centre is a project of Partnership for Justice, where rape and sexual assault victims can access free forensic medical and counseling services. It is part of the Gender Justice Programme, which works to promote gender equality and create better legal frameworks for the development and implementation of human rights standards. The Centre opened in July 2013 on the campus of the Lagos State University Teaching Hospital (LASUTH), with DFID, the UK’s Department for International Development, providing the initial three years of funding.

Itoro Eze-Anaba, the Executive Director of Partnership for Justice, told Nigeria Health Watch, “What is unique about the Mirabel Centre is that it provides both counseling and medical services, so we have specially trained counselors as well as specially trained forensic medical examiners under one roof, providing free services. We may have pockets of other facilities that provide either counseling or medical services, but we don’t have a one stop service centre that provides both, the way it ought to be done. So for that purpose, the Mirabel Centre is actually the first one in Nigeria, the first Sexual Assault Referral Centre, in Nigeria.”

Eze-Anaba said that in the two years plus that Mirabel has been open, the Centre has seen, treated and counseled 1100 survivors of rape and sexual assault, “the youngest being 10 months old, and the oldest 70 years old. We have provided services for 20 boys and men as well.” Besides on site counseling and treatment, the Centre also provides phone counseling services, she said.

The Mirabel Centre has become a refuge for survivors. Joy, a counselor, said that when survivors first come to the Centre, they come looking for someone to believe their story. “Some people come in and there is this great issue of not being believed, and people blaming them for being raped. So the first thing we try to let them know is for them to understand that what has happened to you is not your fault. We do not blame you. This is an accepting environment.”

She said counseling often extends to the members of the survivor’s family, as they need to learn how to support the survivor and also deal with their own trauma. “In as much as survivors come to the Centre, they return to their family, parents, loved ones, who probably do not know better, who ask them ‘What were you wearing? What were you doing there? Why didn’t you shout? Why didn’t you fight?’ But we understand that it could happen to anybody. We need to ensure that the network that the client is surrounded by is also in good state.” When there are cases that cannot be handled at the Centre, they are referred to other partner organisations.

The Mirabel Centre is at risk of shutting down, Eze-Anaba said. “We need funds to pay salaries, for us to provide drugs, medical tests, give clients food to eat. We provide all kinds of services free of charge. We also do counseling over the phone, so we need to pay our telephone bills, because there is no company that has been able to provide us with toll free lines, no one has responded to our request. Without further funding the Mirabel Centre will fold up.”

The services provided for free by the Centre costs about N3million a month, Eze-Anaba said, for a total operational cost of N36 million per year. The Centre launched a social media campaign, #SaveMirabel, and had set up a GoFundMe account, which Eze-Anaba said raised a total of just under N3million, just enough to keep the Centre open for another month. She and her team have worked to keep the Centre open, often paying out of their pockets. In September AlJazeera did a news story on the Centre, which also garnered some support.

Eze-Anaba imagines a Lagos without the Mirabel Centre. “Without the Mirabel Centre, by January next year, there will be no place where survivors of rape and sexual assault can go to and receive this kind of holistic, compassionate, timely, professional care that we give, where they feel free to talk about what they have gone through without being judged, or anyone blaming them, and at their own pace, their own comfort, in confidence that whatever they are going to say will remain confidential. You can imagine the 1100 that we have rehabilitated. If we now fold up, the remaining thousands who are still out there, that are still warming up to tell their story, where will they go to receive care? Where will they go to receive treatment? How will they begin to rebuild their lives? What will happen to the children, who are the future? So if the Mirabel Centre folds up, all that will be lost. So if you believe in what we are doing, if you think it is a good cause, if you think rape is criminal, and that we need to continue to provide these services for the vulnerable ones in the society, please help us save Mirabel Centre.”

For Joy, being a counselor has been a life changing experience. “We have seen people move from what has happened… we know that it is not magic; it’s a process, but we are willing and we are ready to follow them through that process… it’s a gradual thing.”

Her greatest satisfaction comes from seeing the progress that even a single counseling session can make in a survivor’s life. “We see that even from the first interview that we have, there is always a difference when they are stepping out. They have a smile on their faces, and that is what keeps us going. We know, ‘Ok, this is one person, out of a million out there, but one by one, one day after the other, we are making a change… slowly but surely, we are doing it.”

The Centre will launch “Friends of Mirabel” today December 8, 2015, at 4 p.m. at The Social Place in Victoria Island, as they thank supporters and also continue to garner support for the important work the Centre is trying to do. The dress code for the event is “A Touch of Orange.” Follow the Mirabel Centre on Twitter @MirabelCentreNG

We have never done this on Nigeria Health Watch, but today we ask you, our 20,000 direct subscribers, for two things – firstly to #SaveMirabel, and secondly to advocate for a similar Centre in every major Nigerian city. 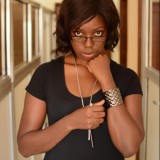 Thanks for the touching article. It sounds like a place that is really helping people going through a bad, bad time. Rape is indeed not always handled in a sympathetic way in the Nigerian society so victims need places like this to be on their side.

The thing though is that I am not seeing an easy way for people outside Nigeria to be a part of the Save Mirabel thing. For example, how can one donate? Do they take PayPal or something like that? I think they might get a bit more help if they widened the ways to contribute. I am just saying.

[…] Bimbo as a paralegal.   Now Bimbo helps other slum-dwellers, especially women, obtain justice. She takes female rape victims to Mirabel Centre for treatment—sexual assault has spread among homeless evictees, and girls as young as eight years old have been […]

[…] Bimbo as a paralegal.   Now Bimbo helps other slum-dwellers, especially women, obtain justice. She takes female rape victims to Mirabel Centre for treatment—sexual assault has spread among homeless evictees, and girls as young as eight years old have been […]