The piece below was contributed by Anja Choon, who is joining the Nigeria Health Watch Team.

The Ebola outbreak in parts of West Africa is currently (i.e. in March and April of 2014) in the news. The information one gets in Nigeria is however worryingly little and vague, sometimes simply false.

As early as 22 March, the Voice of America gave details of an Ebola outbreak in Guinea. A report by the World Health Organisation (WHO) outlines the cases and casualties of the outbreak up to 1 April. The report refers to the Ministry of Health of Guinea, stating that the country has seen 127 cases of which 35 have been laboratory confirmed and 83 deaths. The disease also showed up in neighbouring Liberia. Its Ministry of Health and Social Welfare gave the number of 8 cases and 5 deaths. Another 2 deaths were reported in Liberia.

The Nigerian Punch is one of the newspapers covering the current Ebola outbreak. In an article from the 26 March, the Punch informed us about the Federal Government’s announcement to take “proactive measures to ensure that the outbreak of Ebola disease in neighbouring (sic) West African country, Guinea, does not come to Nigeria”. Not only was this not followed up by concrete plans (all the article mentioned are planned discussions about the situation and a vague reference to the monitoring of travellers from the affected area), it also ignored the fact that there are at least four countries between Nigeria and Guinea. Somebody who does not know this might have gotten scared by the proclaimed proximity of the disease. Panic might have been the consequence, especially since on the previous, an alleged case of Ebola was reported in Abuja Leadership. Certainly the general vagueness and lack of information in the news did not do much to put anybody at ease. As for the alleged Nigerian Ebola case, the background of the deceased was given (a young and bright medical student) but no detail on how she had been diagnosed with Ebola.

In reaction to this alleged Nigerian Ebola case, the Minister of of State for Health “inform[ed] the general public that laboratory investigation has revealed that it is not Ebola but Dengue hemorrhagic fever”. Moreover, he explained some similarities of Dengue with Malaria, including that both diseases are transmitted by mosquitoes. This was broadcasted by Channels TV and now can be found on youtube. In a related article by Channels TV, the Minister is quoted as having said “most Nigerians mistake Dengue fever, which is also transmitted by mosquitoes in urban and semi urban areas, for Ebola disease”. The way Channels TV rephrased the minister’s words may give the unintended impression that Ebola is transmitted by mosquitoes!

The information on Ebola that we are getting from the official side is also very scarce. For instance, the Nigerian Centre for Disease Control does not even have a website, while website of the Ministry of Health has just a single page on the current outbreak of Ebola. It states that there has not been a case of Ebola in Nigeria and then continues for a long while discussing the ways of transmission for Dengue fever and how Dengue fever differs from Malaria and Ebola. Only in the last two paragraphs does the focus return to Ebola. There the ministry advises that Nigerians “should report any illnesses with the above stated symptoms to the nearest health facility”. However, all the “above symptoms” refer to Dengue fever and Malaria. So the ministry’s website does not help us in any way to identify potential cases of Ebola in Nigeria.

Perhaps the most shocking response came from the Ministry of Information after the Federal Executive Council (FEC) meeting on 2 April. The Minister of Information said “the Ministry has taken every precaution, including getting the vaccines and medicines in case there was any incident in Nigeria”. There is no vaccine for Ebola. However, if the Ministry of Information should have found one recently, they should let us know. Such a breakthrough would certainly deserve the Nobel Prize of Medicine! Thankfully, in another pronouncement on Monday April 4, the Minister of Health has tried to make amends by announcing that there is indeed no vaccine for Ebola, and goes on to authoritatively state, as reported by Channels that “Ebola will not enter Nigeria“!).

As you can see from this account, health communication in Nigeria needs to be improved. The current lack of information and the additional presence of false information on health issues is dangerous. It can have negative impacts on the well-being of a person or a population. Hence it has to be addressed promptly and efficiently.

We offer you, our reader, an excerpt from the Ebola Fact Sheet by the US Centre for Disease Control (CDC). It informs you on the transmission and symptoms of Ebola and, thus, can help you to stay alive and healthy.

“Because the natural reservoir of ebolaviruses has not yet been proven, the manner in which the virus first appears in a human at the start of an outbreak is unknown.  When an infection does occur in humans, there are several ways in which the virus can be transmitted to others. These include: direct contact with the blood or secretions of an infected person [and] exposure to objects (such as needles) that have been contaminated with infected secretions. The viruses that cause Ebola HF are often spread through families and friends because they come in close contact with infectious secretions when caring for ill persons. Exposure to ebolaviruses can occur in health care settings where hospital staff are not wearing appropriate protective equipment, such as masks, gowns, and gloves. Proper cleaning and disposal of instruments, such as needles and syringes, is also important. If instruments are not disposable, they must be sterilized before being used again. Without adequate sterilization of the instruments, virus transmission can continue and amplify an outbreak.

Signs and Symptoms Symptoms of Ebola HF typically include: Fever, Headache, Joint and muscle aches, Weakness, Diarrhea, Vomiting, Stomach pain, Lack of appetite. Some patients may experience: A Rash, Red Eyes, Hiccups, Cough, Sore throat, Chest pain, Difficulty breathing, Difficulty swallowing, Bleeding inside and outside of the body. Symptoms may appear anywhere from 2 to 21 days after exposure to ebolavirus though 8 – 10 days is most common.”

If there is only one thing that we must learn from this ongoing outbreak in West Africa is that it can happen here, and if/when it does happen, we will have to be ready. Really ready: from managing the outbreak itself, to managing who speaks about the outbreak. 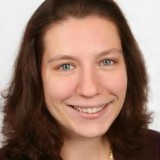