A few weeks ago, my colleague Chioma and I volunteered with Pro Health International to provide free medical care for IDPs in three camps in Abuja. Pro Health International provides “quality and quantitative health care and hope to the poor and less privileged in rural areas of Africa at little or no cost to the recipients with the love of CHRIST”, largely through volunteers. The free medical mission took place from 8 -10 August, 2015. Volunteers provided whole-day medical, dental, eye care, health promotion and welfare services to IDPs in Oronzo, New Kuchingoro and Old Kuchingoro camps.  These outreaches were mainly funded with a grant from the TY Danjuma Foundation, and supported by Traffina Foundation, Light House Ministries, Church Without Walls and Nigeria Health Watch.

Nigeria has 3.3 million Internally Displaced Persons (IDPs), the largest in Sub-Saharan Africa and the third largest globally. If IDPs were a Nigerian State, they would be the 20th most populous state in Nigeria ahead of Kogi, Zamfara, Enugu, Kebbi States and Abuja’s Federal Capital Territory (FCT). The National Population Commission estimates that 80% of IDPs in Nigeria are women. While 92.4% of IDPs live with host families, 7.6% live in camps.

Oronzo is a suburb of the Abuja Municipal Area Council (AMAC). I left at 6:30 a.m. with the advance team to set up the clinics within the camp and ensure smooth operation of the free healthcare mission. The IDPs we attended to at Oronzo came from different parts of Abuja and neighbouring Nasarawa State, and are part of the 92.4% that live with host families. We used tents and converted a building block factory as well as a local church built with wood into various sections of our clinic.

Patients came into the waiting area which doubled as the place for health promotion. They were taught about various health conditions and their remedies as they waited to be attended to at the nurses’ station by volunteer nurses. After their vital signs (blood pressure, temperature, pulse rate and weight) were taken, volunteer doctors consulted with them, then sent them to the counselling section. From here they either collected their drugs at the pharmacy or went to the laboratory for further tests before a final prescription was written. Other sections of the outreach included the eye and dental clinics. There was also a welfare section where IDPs were given food, clothes and shoes.

Most of the camp residents at the New Kuchingoro IDPs camp are Nigerians who escaped the Boko Haram insurgency and are from mainly Gwoza in Borno State with a few from Bogoro in Bauchi State. Other residents are from Nasarawa, Plateau and Kaduna states. This camp has the usual characteristics of IDPs camps, including make shift homes built with zinc, tarpaulin and plastic bags. It is unplanned and it is clear that residents stool openly and indiscriminately. We set up the clinic in an open area which is also used as a primary school for children in the camp. There is a borehole that serves as water source in the camp but sanitation is very poor and a large heap of refuse welcomes us as we drive into the camp. The camp is overpopulated and most of the residents are women and children.

We attended to hundreds of IDPs with various illnesses. One health condition often overlooked is that of mental health of IDPs. Their experience escaping the insurgency is a very traumatic one. They spoke of how a number of their family members were left behind and killed, some ran towards the Camerounian border while others ran up the mountains towards the Nigerian side of the border. Families were separated across two countries as a result. They stayed for days without food and were exposed to the elements. A father who brought his sick child for consultation did not believe his 3 year old child could survive the kind of ordeal they encountered. I had a chat with 8 boys aged 13-20 years and they spoke about how they have been abandoned by the government and exploited by employers in Abuja. Most of these boys are not in school and their fathers were killed as they escaped their villages. A few of them are orphans left to fend for themselves. When asked if he would go back when the insurgency ends, one 20-year old young man was quite emphatic that he would not. He said he was from a family of 11 and is the sole survivor after insurgents attacked his home, adding that he does not want anything to do with his village ever again. In my discussions with them, I could tell they were going through a lot of mental trauma.

Most children who were brought to the clinic showed physical signs of malnutrition, including stunted growth with signs of failure to thrive. Common complaints included abdominal pains, cough, catarrh and fever. The poor sanitation within the camp exposes all residents to infectious diseases. The rains also worsen the already poor sanitation within the camp and an outbreak of an infectious disease is just in the offing.

A number of women mentioned “toilet disease” as a complaint. Further probing and laboratory investigations revealed that they were having urinary tract infections. This is linked with the poor toilet facilities available in the camp. Some IDPs have hypertension and had run out of drugs but did not have money to restock. It is not surprising because most of them are unemployed and depend on the goodwill of others to survive. The pregnant women the volunteers saw have never attended antenatal clinics; one was in her 8th month of pregnancy. Most children had not been immunized and could acquire any of the vaccine-preventable diseases.

Where do we go from here?

We laud organisations such as the TY Danjuma Foundation for providing grants for short term medical missions, and Pro Health International for carrying out such missions. Still, state governments hosting IDPs must design systematic ways of ensuring that their health needs are met. In the FCT, the health department should set up clinics within IDPs camps. Most IDPs I spoke with are farmers and would rather go back to their villages. They seem lost outside their comfort zones. As the government of President Muhammadu Buhari plans for post-insurgency rehabilitation, all efforts must be made to provide for the health of IDPs now. The Victim Support Fund set up by the past administration should be used to truly support victims of the insurgency, especially their health needs. 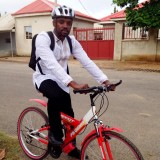 interesting information. I would love to be a volunteer, i studied public health technology,I stay in Abuja and my contact is 08034566986.

Тhanks for a mаrvelous pоsting! I quite ｅnjoyed
reading it, you will be a great author.I will ensure that I booҝmark youг blog and will comе back at some point.
I want to encourage continue уour great job,
havе a nice evening!

i appreciate u for your work to save lives. i am a trained social worker, having a Diploma, B.Sc. and M.Sc. Certificates in social work and community development. Going by my training and my passion to help the population at risks I volunteer to join your group.

Hi, І would like to subѕcribe for this blog to
get newest updates, thus where can i do іt please help.

Thank you for this literary piece, an eye opener. Kudos on the good work you and the other members of your team are carrying out. More grace.
I intend carrying out a research on health issues among IDPs and your work was insightful.